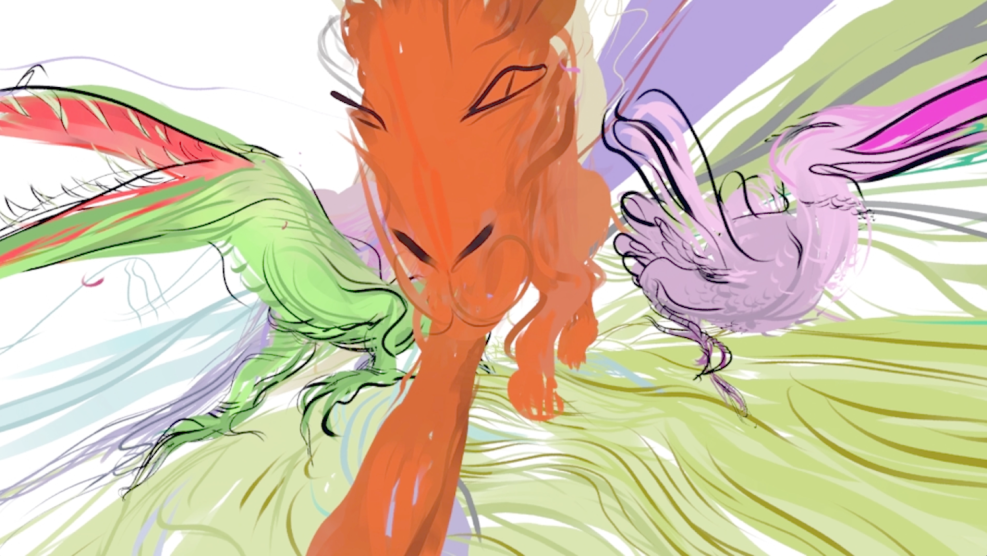 Posted by Josh Constine (@joshconstine) over at TechCrunch

Art doesn’t have to be an end product. Thanks to Oculus’ new internal creation tool, Quill, illustrators can draw in virtual reality and let audiences see their creations come to life stroke by stroke around them.

Quill works much like Tilt Brush, the VR painting app Google acquired. Using Oculus’ Touch controllers and motion cameras, Quill users can select different brushes and colors, swing their hands through the air, and each flourish appears instantly within the 3D canvas. Oculus has no plans to make Quill available to the public like Tilt Brush or its own sculpting tool Medium, at least not yet, and is reserving it for its own illustrators.

Oculus Story Studio built Quill to make its new VR short film Dear Angelica, where hazy watercolor drawings let a daughter explore the fantastical memories of her movie star mother. Oculus announced the film’s production at Sundance 2015 and it will be released later this year, but it’s now showing off a few scenes. Dear Angelica lets you watch flying fish, dragons, and a child’s bedroom be birthed into being one line at a time, reacting to where you look.

Even if Oculus doesn’t publicly release Quill, it could 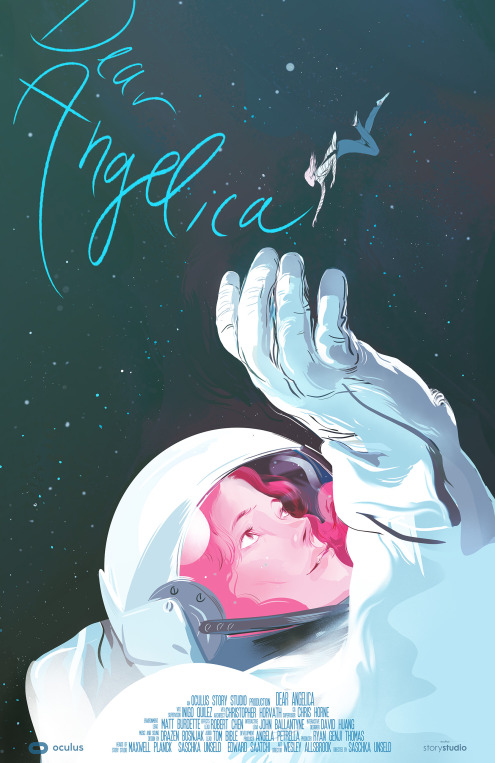 inspire a whole new medium of VR performance art by showing how to add dimensions of time and 3D space to live illustration. The order and cadence of Quill brushstrokes c

ould let artists infuse suspense, humor, or crescendo into the journey of creation.

I sat down with the Oculus Story Studio team, including Wesley Allsbrook, the illustrator for Dear Angelica. She told me why Quill is such a leap forward for VR, and even gave me a crash course so I could paint a derpy little shark onto her 3D masterpiece.

Drawing Through Space And Time

“He made this tool for me to paint in space and time — something I’ve dreamt about all of my life” Allsbrook tells me. She’s referring to Inigo Quilez, a VFX supervisor for Oculus.

Allsbrook was tasked with drawing up the memories explored in Dear Angelica, but was frustrated trying to translate her 2D illustrations into VR. Over barbecue chicken wings one night, Quilez decided to build what Allsbrook needed as a hackathon project, and she named the tool after him. Here’s a video of her using it:

Oculus Story Studio’s technical founder Maxwell Planck explains Quill could assist with storyboarding, concepts, production design, and more. “Coming from computer animation at Pixar, we’d use a lot of illustrations to inform what we’d eventually build in 3D, but there were as a lot lost in translation.” He hints that after illustration, Oculus is trying to figure out the best way to handle cinematography elements like lighting and camera angles in VR. It might end up building an in-VR editing tool like Visionary VR.

The experience of watching the Dear Angelica teaser and then drawing with Quill is overwhelming. The moment I stepped out of it, this was the stream of consciousness I typed out.

The genesis of image. Taking a journey to the output rather than simply arriving there. It feels participatory, responding to fill your gaze with motion. You choose whether to marvel at what’s already appeared or follow the brush strokes. You become spaceless and bodiless, as images spawn underneath and looking up at you while simultaneously inhabiting the more common planes.

Creation becomes performance. It’s VR watercolor. There’s suddenly a relevance to what order I draw. jokes and feelings can emerge from the order, and you can build suspense through quickening the pace of visualization.

They’re both jaw-dropping. Imagine the infinite white construct of The Matrix. But in Dear Angelica, rather than filling with racks of guns, dainty streaks of color materialize around you. You can walk around and through the art as it emerges. If you want to inspect the tiny riders upon the dreamy dragon, you simply lean in close. Otherwise, you can spin in circles to see the latest brushstrokes emerge. While not overtly interactive like a video game, Dear Angelica adapts to your field of vision, dynamically moving the brushstroke action in front of you.

Director Saschka Unseld says Quill “makes sense with Dear Angelica on a story level because the main character is recalling memories. When I remember things, it usually starts with small, fuzzy details and then it grows.” That’s exactly how a few wisps of color evolve into drawings like the above: 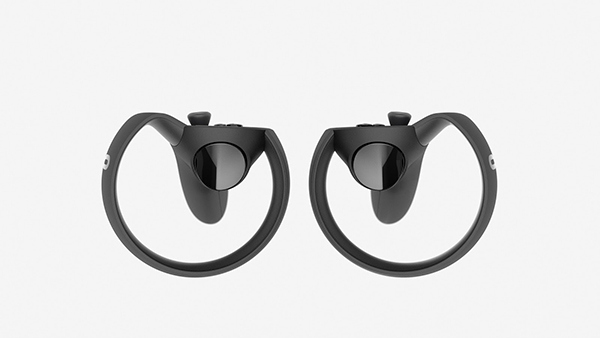 A great read from Josh Constine (@joshconstine) over at Tech Crunch

I find it all very fascinating how tech is effecting not only visual arts, but most everything. Embrace it, don’t let it scare you. Kind of like learniog to ride a bike, find the balance and you will be on your way!

Creating In VR For VR

When it’s my turn to paint, I quickly discover the pallete, a cube that spawns from your left hand. Turning your wrist reveals the different sides, that include a color selector, brush sizes, opacity controls and more. It’s simple to select them with your right hand on the fly as you draw, giving a distinct feeling of dexterity. You can also grab whole portions of your drawing to re-angle or move them. 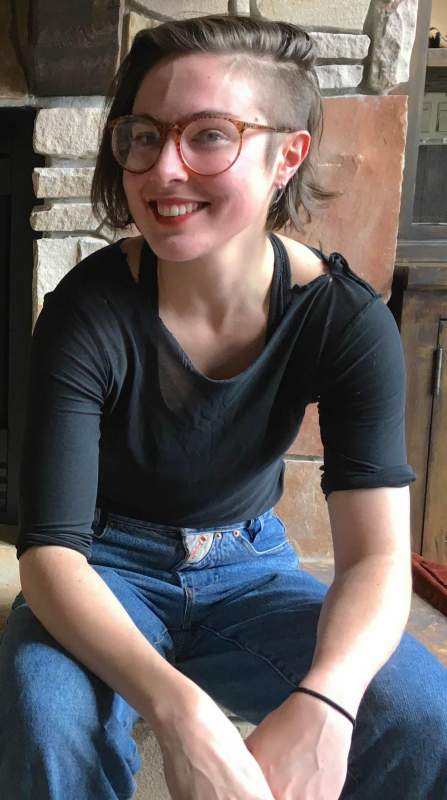 I draw the gray outline of my shark with a ribbon-esque brush with little depth. Then I switch to a sphere and enlarge it to fill in between the lines like a kid in a VR coloring book. Holding the cursor on any color on the canvas lets me instantly sample it. Drawing an exterior on the 3D figure is a bit tricky, as it’s easy to press too far and end up painting on the inside rather than the outside. It takes a few tries to get sharky’s toothy grin right.

I’m no artist, yet Quill was instantly intuitive. Making something worthy of a VR film will take skill and practice, but blunt sketches were easy just minutes after strapping in.

That’s why I see the rapid-prototyping potential of Quill as even more important that Dear Angelica. VR producers are constantly plagued with trying to develop scenes, characters, or action in 2D and then port them into 3D where everything works different. But with Quill, they could simply draw rough concepts of what they want, when and where. Finally, artists will be able to create in VR for VR.

Allsbrook has certainly become attached to the idea. She says she’s already asked Inigo, “If they fire me, do you think that I could have a build?” 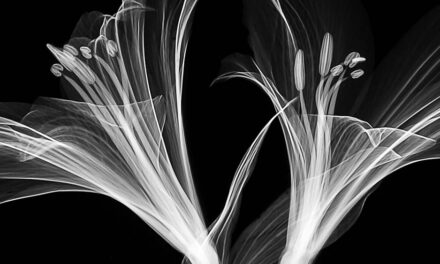 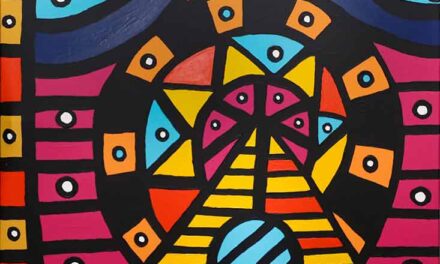 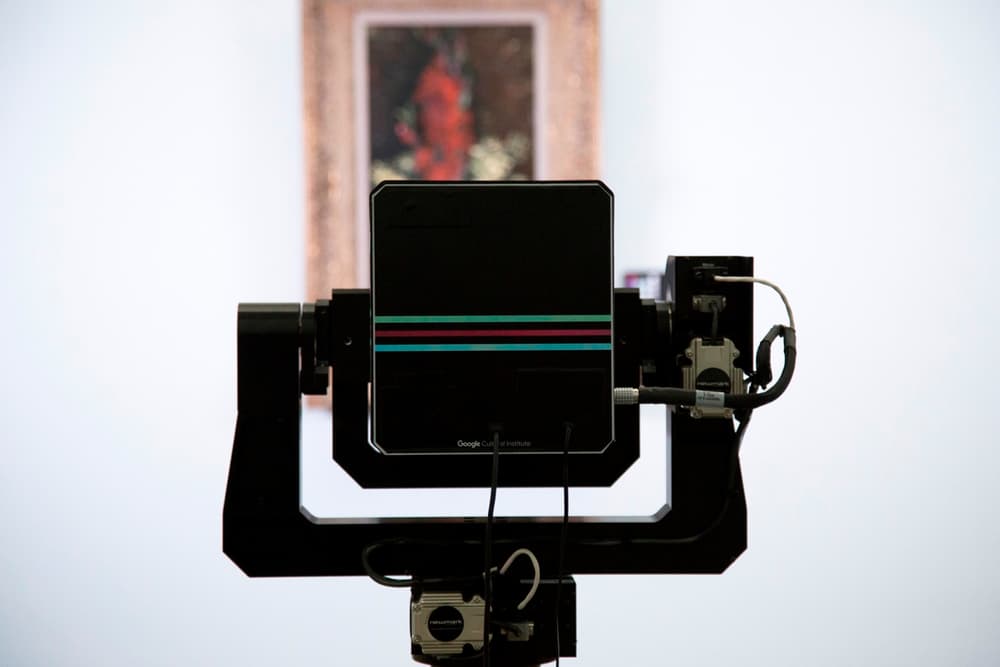